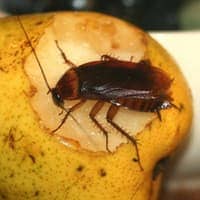 Cockroaches: What You Don’t Know CAN Hurt You

You have, no doubt, heard the saying, “What you don’t know can’t hurt you.” It is often quoted when someone wants to justify not telling someone about a problem or misdeed. While this may have some truth when it comes to withholding a piece of information that may cause emotional distress, it has absolutely no correlation when it comes to things of a physical nature. If you’re banging a stick against a tree filled with bees, what you don’t know is going to hurt. Quite a bit!

What You Probably Know

What you don’t know that won’t hurt you

You may not be aware that the German cockroach doesn’t actually come from Germany (it originates from the Soviet Union) or that it has two dark black lines on the back of its head, but these little factoids won’t hurt you.

You may not know that American cockroaches have wings and can actually fly short distances or that these bugs may be able to zip across walls, but climbing up a smooth slippery surface is impossible; but you’re not likely to be adversely affected if you don’t know these things.

What you don’t know that CAN hurt you

You may not know that while you were sleeping, a cockroach found its way into your trash (where you recently threw something that had been sitting in the back of the fridge for a month) lathered itself up with a nice layer of harmful bacteria, and then made its way up onto the counter where you like to slap your toast down in the morning (even though your spouse has raised some objections to that bad habit). Whether you know it or not, cockroaches can spread illness in your home and that can hurt you. These are dirty insects that spread harmful bacteria and carry human-spread pathogens in their bellies.

If you suspect cockroaches are living in your home, contact a professional and have those roaches thoroughly excluded. What you don’t know can hurt you and your family. Stay safe and keep cockroaches out.