Which Diseases Do Mosquitoes Carry?

This is a complex question to answer because there are many factors involved. The most significant factor that must be considered is that there are more than 2,600 species of mosquito in the United States, and not all of them are capable of transmitting pathogens to humans. As we consider the following list of diseases, it is important to understand that they are not carried by all species of mosquitoes, and species that are a vector for these diseases are not necessarily infected. Mosquitoes are not born with human pathogens. They acquire them when they have a blood meal. If the pathogen survives in the immune system of the mosquito, it can be transferred by saliva to the next person which that mosquito feeds on. But, a pathogen can die within a mosquito and not be transmitted at all. Bear this in mind as you read.

Unless you’ve been living under a rock, you’ve heard of the Zika virus and its connection with microcephaly in unborn children. It is also linked to Guillain-Barre Syndrome in adults. The primary vector for Zika virus are the Aedes Aegypti and Aedes albopictus mosquitoes. The Eastern half of Kansas has a distribution of both of these mosquitoes, and a small portion of the Northwestern region of the state has neither. This virus is not yet localized in America, and is spread by travelers coming in from other countries.

This is a neuroinvasive disease that comes with fever, chills, fatigue, head and body aches, a skin rash, and swollen lymph nodes. Severe symptoms may include disorientation, tremors, convulsions, paralysis, coma, and death. It is estimated that 70-80% who contract this virus do not develop symptoms. This is the most common mosquito-borne virus in Kansas, according to the Kansas Department of Health and Environment. This is because West Nile virus has found a local reservoir in the United States. Mosquitoes do not live longer than 2 months. In order for a virus to be localized, it must take root in local animals to survive the winter. This virus has.

This is a parasitic disease that some experts link to more than 1 million annual deaths worldwide. Fortunately, malaria-related deaths in the U.S. do not exceed 10 in any given year. According to the CDC, between 1957 and 2015, there have been 63 outbreaks of locally transmitted malaria in the United States, all of which began with a travel case of malaria. And most deaths reported were travelers who returned from other countries.

This virus has had limited outbreaks here in the United States and has marginal impact for Kansas. It is still a good idea to keep a watch for symptoms. If you have a fever that lasts for more than two days and is associated with abdominal pain or difficulty breathing, seek medical attention.

Due to world travel, yellow fever can occur anywhere there are Aedes mosquitoes. These mosquitoes have a distribution throughout Kansas, but they are mostly found to the east and south of the state.

This is a flavivirus that can vary in severity from fever, headache, body aches, slow or weak pulse, fatigue, chills, nausea and vomiting, to jaundice, epistaxis, hematemesis, gingival bleeding, and vomiting dark brown or black fluids. Most cases are benign, but in cases where jaundice occurs, 50% are fatal. Don’t take any chances. See a doctor.

This is an arboviral disease that can be neuroinvasive. Onset symptoms include fever, chills, myalgia, rash, vertigo, arthralgia, vomiting, and nuchal rigidity. This is another virus that requires travel-related cases to begin an outbreak here in Kansas.

It is important to understand that the threat of these diseases is low in the United States. Ongoing mosquito reduction and surveillance, combined with clean water sources and an availability of medical services, keep mosquito-borne viruses from ravaging the U.S. population. Keeping an eye out for local outbreaks, reducing mosquitoes on your property, and taking precautions to reduce bites when you leave your property, can significantly reduce this threat. If you need more information or assistance with mosquito abatement, reach out to us. Schendel Pest Control offers comprehensive mosquito reduction services. 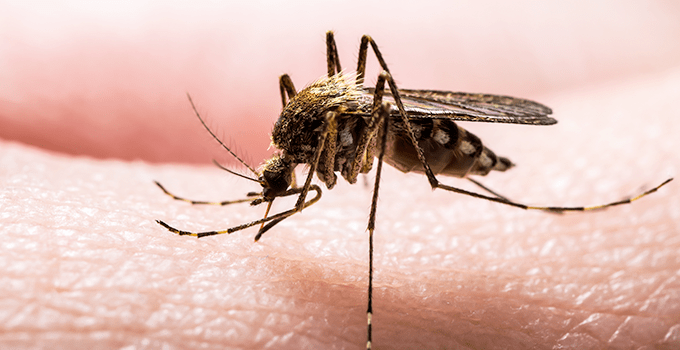 Avoiding Making Your Home A Target For Mosquitoes This Summer

Avoiding Making Your Home A Target For Mosquitoes This Summer 8/9/2018 Do you feel like you’re being bombarded with mosquitoes and can’t get away? During the summer, mosquitoes can become… 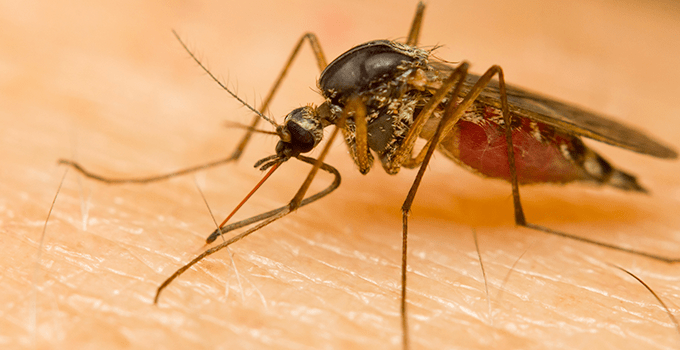 Why You Need Professional Mosquito Services Now 6/18/2018 Mosquito season is in full swing in our area, meaning that the biting mosquitoes are out and about feeding, breeding, and, unfortunately,…