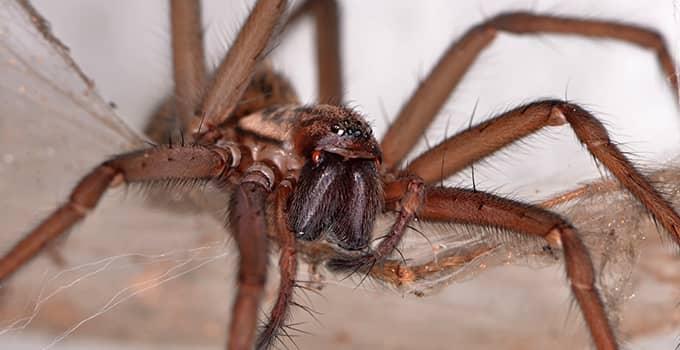 Why Even Common House Spiders Can Bring Big Problems

When you live in an area where poisonous spiders are common, you do your best to steer clear of them. Black widow and brown recluse spiders aren’t fond of contact with humans, but if they get into your house, it’s possible that you may get a box out of storage or put a boot on that you haven’t worn in a while and end up with a nasty surprise.

Both of these spiders will bite when threatened, and these poisonous bites can lead to symptoms ranging from a wound around the bite area to body-wide muscle cramps and more. While usually not fatal, spider bites from brown recluse or black widow spiders often require medical attention. The best cure is always prevention.

After dealing with poisonous spiders, you might think that regular old house spiders are no big deal. Sure, they’re creepy crawly and you might prefer that they remain outside, but what’s the big deal if they end up in your home? They won’t kill you, after all.

While it’s true that being bit by a common house spider will probably not cause more than an irritation at the site of the bite, there are other reasons you don’t want house spiders invading your home.

First of all, you have to consider the reason they are in your home. Spiders will go where there is a food source. Since spiders eat other insects, if you discover a population of spiders in your house, it could indicate that you have other insect problems in your house, such as flies, mosquitoes or more.

Another thing to consider is that if spiders are getting into your house, other animals could be too. If you start to see a rise in the number of spiders in your home, do a visual inspection to see if there are cracks or gaps around the outside of your home that they might be using as entry points.

Beyond the threat of a spider invasion being an indication of other pest infestations, house spiders are a nuisance. They weave irregularly shaped webs that need to be removed.

Female house spiders can lay 250 eggs at a time. Considering that they only take a week to hatch and females will reproduce more than a dozen times during their lifetime, what starts out as just a few spiders can quickly become a huge problem.

While taking measures, such as sealing off entry points, can help prevent a spider infestation, if you find yourself with a lot of spiders in your home, your best line of defense is to call in the experts. Schendel Pest Services can get rid of your spider problem in a safe and effective manner that DIY treatments just can’t do. We can also inspect and treat for other pests that may have entered your home.

Don’t ignore a house spider problem thinking it’s no big deal. Take care of it now with the help of Schendel Pest Services so that it doesn’t become a much bigger problem in the future.