The Dangers Ticks Pose to Humans and Pets

Have you noticed that in recent years more and more people are taking precautions when it comes to tick bites? Have you noticed someone tuck their pant legs into their socks before spending time outdoors or had someone mention that they’re wearing bright colors so they can spot the ticks that are trying to crawl up their clothing more easily? Has anyone pointed out that ticks could be in that tall grass and that you should avoid these areas? There is a reason for this. According to the Centers for Disease Control and Prevention (CDC), illnesses caused by mosquitoes, ticks, and fleas, have tripled in the U.S. since 2004. This isn’t just a statistic. It’s really happening! And this increase in illnesses hasn’t only affected the people who’ve contracted them. It’s also made the people around them more aware of the dangers ticks pose.

Do you remember a time when you could go out into the woods and not think twice about ticks? It wasn’t your imagination. There were simply fewer problems with ticks when you were younger. One reason tick-diseases weren’t as common back then is that there weren’t as many ticks. In the past, we used to be an agricultural nation, meaning that there were a lot more fields and wide open spaces. But now that we’ve moved away from our agricultural roots, woodlands have taken over those wide open fields and those woods are the perfect environment for ticks to thrive and grow their populations! There are also plenty of animals that ticks can use as hosts found in these areas such as mice, rats, squirrels, raccoons, skunks, deer, and more! And these animals provide a reservoir for ticks to acquire harmful diseases.

Did you know that there are over 25 species of ticks in Arizona? It’s true! In our area, the most common ticks are brown dog ticks, black-legged ticks, and lone star ticks. Each of these tick species presents a slightly different threat, but they all have one thing in common: they present a serious threat due to the harmful diseases they spread!

The most well-known of all tick-borne diseases is Lyme disease, but it is far from the most deadly. While Lyme disease can become chronic and lead to lifelong medical complications, there have only been two reported deaths in the United States that were attributed to Lyme disease. That’s a much smaller fatality rate than some of the other diseases spread by ticks. For example, Rocky Mountain spotted fever is far more deadly. Before antibiotics, this tick-borne disease had a mortality rate of 30 percent. Today, it is still the deadliest disease spread by ticks in the United States! Some other tick-borne diseases that can be fatal are anaplasmosis, ehrlichiosis, Bourbon virus, Powassan virus, and Heartland virus. So though Lyme disease is the most common, it is not the only tick-borne illness you have to look out for!

However, tick-borne diseases are usually not fatal. Most of the time, these illnesses just result in an uncomfortable period of flu-like sickness. The most common symptoms of these tick-related diseases are fever, rash, headaches, fatigue, nausea, and diarrhea.

In their acute stage, most tick-borne diseases are treatable. But when they become chronic, there isn’t much that medical physicians can do except help to alleviate the symptoms. This is why it’s so important to catch ticks early and to visit the doctor immediately if you are experiencing the symptoms listed above.

The diseases that ticks can spread to people can have some strange and often scary symptoms. In a recent news story out of Mississippi, a young girl was temporarily paralyzed due to a tick bite. Fortunately, her mom acted quickly to remove the tick and brought her daughter to the hospital and the little girl recovered. Stories like this are becoming more common. And unfortunately, not all of them have such a happy ending.

Some illnesses transmitted by ticks such as babesiosis, tularemia, ehrlichiosis, encephalitis, and anaplasmosis are also commonly spread by other insects. Others illnesses caused by ticks are rare and unique to ticks. One example of this is the disease that leads to a lifelong allergic reaction to meat, or more specifically, Alpha-gal, which is found in the meat of cows, sheep, pigs, and other common red meats. This disease is unique to lone star ticks.

In addition, some of the tick-related illnesses that affect humans also affect dogs and cats. Dogs commonly contract Lyme disease, ehrlichiosis, Rocky Mountain spotted fever, babesiosis, and may also develop anaplasmosis from tick bites. And while cats are less prone to contracting diseases from ticks, they are by no means immune. Cats can contract cytauxzoonosis, tularemia, babesiosis, ehrlichiosis, and haemobartonellosis, also known as feline infectious anemia. Many of the diseases that affect cats can be fatal. Our pets are also at risk for bartonellosis, which they can contract and then transfer to people. Three commonly known Bartonella infections in humans are cat scratch disease, trench fever, and Carrión’s disease.

In another recent news article, an Ohio woman woke up with blindness in one eye. Her physician was puzzled until the woman mentioned that she had a cat and linked the two together. It was discovered that the woman got cat scratch disease from the cat licking her eye. You just can’t make this stuff up!

Ticks are a serious threat to both us and our pets. If you haven’t begun taking precautions, we encourage you to start taking them now. Tick-borne diseases are on the rise and new diseases are continuing to appear. Therefore, it’s important that you take steps to protect yourself, your family, and your pets from these dangerous pests!

How do you protect yourself? Well, the easiest way is to add routine tick reduction treatment to your ongoing pest control service for your yard. If you have fewer ticks in your yard, you’ll have less chance of contracting the many illnesses listed in this article.

How Do I Keep Ticks Out of My Yard in Topeka, KS?

Ticks are wingless, slow-crawling parasites that feed on human and animal blood. These pests are known as “hitchhikers” because they latch onto fur, clothing, or skin. Some tick species transmit… 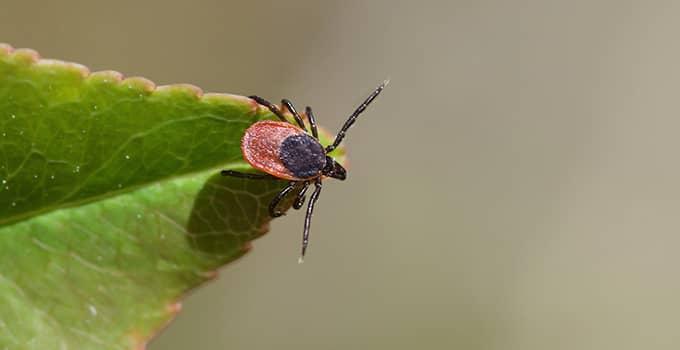 How Did Ticks Get Inside My Home?

How Did Ticks Get Inside My Home? 11/15/2018 Like many other parasitic pests, ticks feed off of the blood of their hosts. However, while other blood-sucking pests will jump or…