Why Ants Are More Than Just a Nuisance

With summer in full swing, you may have noticed a marked increase in the number of ants outside (or inside) your home. Pavement ants seem to be everywhere with their little mounds of dirt decorating all the cracks in the sidewalk. Odorous house ants seem to appear out of nowhere and create a nasty smell when you try to get rid of them. And those large black carpenter ants are quite a mystery when they are seen inside a home. How are they getting in? While some ants are mostly just a nuisance, others can be a real concern, both for the structure of your home and for the health of the residents living within. Today, let’s talk about the three types of ants mentioned above (which are common house invaders in our area), the issues they bring, and one strategy you can employ to get rid of them for good.

These are tiny black ants that measure a mere ⅛ of an inch in length. They typically set up housekeeping inside the cracks of pavement, as their name indicates, but they can also be found in other, similar locations, including around or underneath the concrete areas of a home’s foundation. When they come in close, they can often find their way inside. And, if they find a food source inside, they can invade in large numbers. Although they do not damage the structure of a home the way carpenter ants do, they can be quite disturbing when encountered completely covering a food source such as a pet-food bowl. They are also a possible vector for food contamination as they can crawl through filthy locations and then traipse around on counter tops, food sources, and food prep surfaces, depositing harmful bacteria.

This is not the only type of ant that gives off an odor when it is squashed or threatened, but it is probably the most unpleasant. Some describe the odor of an odorous house ant as resembling the smell of rotten coconuts which is not something you are going to find in a scented candle anytime soon! Odorous house ants are dark brown to black with a beehive-shaped abdomen. They have 1 flat, hidden node between the thorax and abdomen and the workers of this species grow to be around 1/16-1/8 of an inch in length.

Like many other ants, these are mostly a nuisance pest, but they can become a problem when they invade in large numbers, and they can be a vector for illnesses if they transfer harmful bacteria to food sources. These ants also pose the threat of possibly causing an allergic reaction in some humans since they do, on occasion, tend to bite. While they are not usually dangerous, it is important to contain them and have them eliminated as quickly as possible.

These are the largest ants you may see inside your home, as they can grow to be as large as a half an inch long. That is pretty big! So, although structurally they look a lot like little black ants, it is unlikely you will get them mixed up. Carpenter ants have a single, pointed node between their thorax and abdomen and are typically all black in color. In the United States alone, these ants cost home and business owners hundreds of millions of dollars annually.

Carpenter ants are not likely to make a big showing inside the living spaces of a home, but that does not mean they aren’t in your home in large numbers. Typically, these ants set up shop inside walls and other wooden structures, carving out tunnels and galleries in which to establish nests. They often get their food sources outside and only send out one or two scouts to search for food inside a home. So, if you see one or two large black ants inside your kitchen and think it’s no big deal, you might want to reconsider. There could be hundreds, or thousands, of these little wood destroyers just out of sight inside the structure of your home.

What To Do About All These Ants!

If you are seeing any kind of ants invading your home, there are some do-it-yourself steps you can take to control them but, if you want to get rid of them and keep them out for good, it is time to invest in professional pest control. Ants are extraordinarily difficult to control with training and experience. And, since ants can be more than a nuisance, it is important to make sure you get rid of them all the first time! 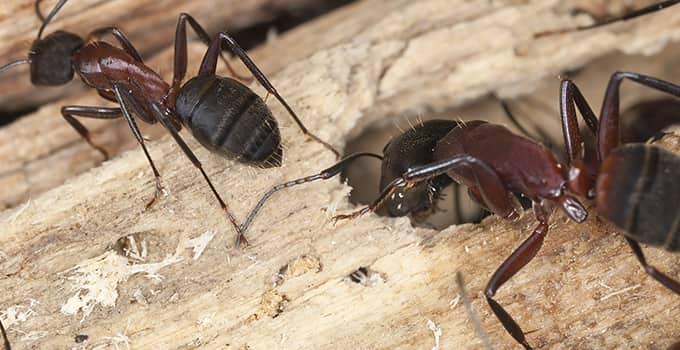 How To Minimize Your Risk For Spring And Summer Carpenter Ants

How To Minimize Your Risk For Spring And Summer Carpenter Ants 5/9/2019 Spring is in full swing and summer is quickly approaching. Pests are back to doing what they do… 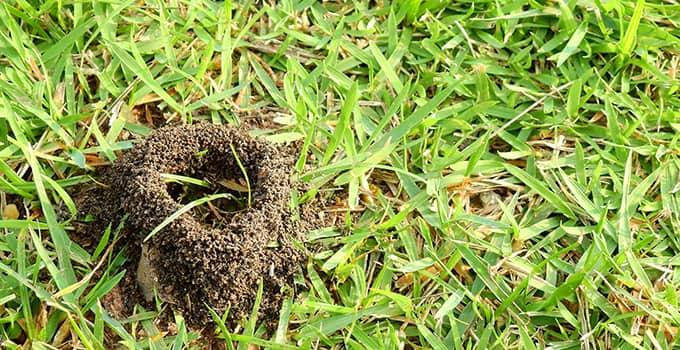 How Arizona Residents Can Keep Their Lawns Ant-Free This Summer

How Arizona Residents Can Keep Their Lawns Ant-Free This Summer 4/25/2019 Ants are common pests in Arizona. Year-round they can be found inside homes. The warmth when inside allows them to…