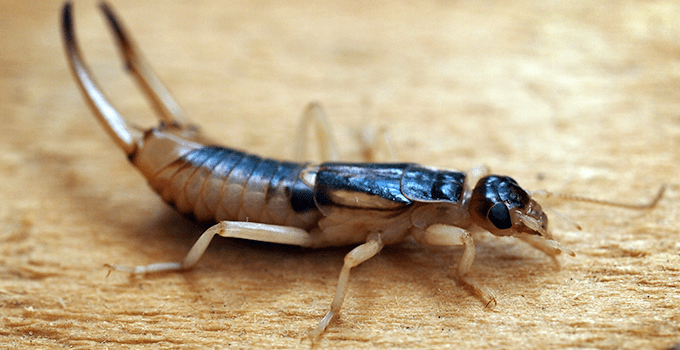 The Truth About Occasional Invaders In Arizona

(The following is a work of fiction drawn from real stories)

There are many things my mother told me while growing up. And, if I had listened to her, I would not know what it feels like to walk three miles in 10-degree weather with frozen shoes, frozen socks, and frozen pant legs. Sadly, I do know what that feels like. In fact, I know what a lot of bad things feel like because I didn’t believe my mom when she gave me good advice. I had to learn for myself. But life would have been much easier if I have taken her advice and learned from her mistakes. Today, I’m hoping you’ll learn from mine.

Occasional invaders such as crickets, earwigs, box elder bugs, and Asian lady beetles are often called “nuisance pests” or “harmless.” But, believe me when I tell you, they are anything but harmless.

Earwigs are harmless? Yeah right. One morning I woke up to a scratching sound in my ear–and I was pretty sure something had crawled in there while I was sleeping. I went to the bathroom and got a Q-tip to see if I could get whatever was in there, out. But there was nothing on the Q-tip. On my way to work I picked up an earwax tool and gave that a try. Out came an earwig! Fortunately, it was whole and not just a piece of an earwig. While earwigs don’t lay eggs in ear canals and they don’t have the ability to burrow their way into the brain, I can tell you that they can, and DO, get into ears.

Box elder bugs are just a nuisance. I’m going to say no to that. These bugs used to gather on my home every fall, and they would also find a way in. It was a pain, for sure. But the worst part was that they caused my electricity bill to go up. Apparently, they have a preference for congregating on A/C units, and that puts a stress on the unit. Who knew! Not this guy, that’s for sure.

How about crickets? You may be thinking like I did, that crickets are no big deal. But I only thought that way until I rolled over in bed, not once, but on two separate occasions, and rolled onto a living, squirming and, might I add, hard-shelled cricket! The second time was the final straw. Now I have ongoing pest control from a professional and no more crickets!

People get pest control because pests can threaten the health of a family, damage belongings, and destroy a home. But, even if there were no “dangerous” pests in the world, getting year-round pest service is worth every penny, even if its only function is to prevent “harmless” pests from getting in. Take my advice. There’s no such thing as a harmless pest.