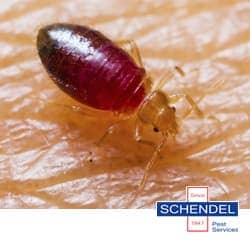 Have Bed Bugs Been Getting Worse?

You are in good company if you have been wondering how to get rid of bed bugs. These pesky bugs date back to ancient Egyptian days more than 3,300 years ago and were brought to the United States by early settlers and thrived for many years. With increased public awareness and the introduction of vacuums and washing machines, these household pests were all but eradicated in the early 1950’s. All was well for some time, however, the 1990’s began showing a resurgence of bed bugs with increased international travel and a lack of public awareness of prevention techniques. Bed bugs are now commonly found in all 50 states and almost every country of the world. Once infestation has occurred, bed bug treatment by professionally trained technicians is a must as these elusive creatures are very hard to eradicate. Kansas City pest control companies as well as all other pest management professionals in the United States have treated bed bugs in the past year.

The 2013 Bugs Without Borders Survey shows that bed bug infestations in the United States continues to increase at high rates and lists the pest as more of a problem than in years past. This study is being released during the Bed Bug Awareness Week of April 22 through 26 in an effort to educate the public and spread a greater awareness about bed bugs as well as how to prevent infestations. Some of the highlights of the survey show that bed bugs are being found in private residences, apartment buildings and condominiums at an alarming rate. The findings compare higher than that found in the 2011 survey, clearly showing that there is much work to be done in fighting against and exterminating bed bugs. Bed Bug Awareness Week comes at a strategic time as college students make their way back home and Americans are planning vacations and sending children to summer camps. The findings of the recently released survey will serve as a reminder that bed bugs, while still infesting at alarming rates, can be controlled and even prevented with proper education and diligence.

Not surprisingly, the survey shows private residences to be the most common place in which bed bugs are discovered. Other infested locations commonly include hotels and motels, college dorms, nursing homes, office buildings, schools, day cares and hospitals. Additionally, bed bugs can be found anywhere there is a converging of people. Although the bed bug does not seem to be a seasonal pest, spreading usually occurs at a greater rate during the spring and summer months of increased travel. Eradication of the elusive bed bug is certainly a service to be performed by professionals. Schendel Pest Services has been in business since 1947 and we have even been featured on NBC! We utilize the most modern, up to date techniques of bed bug canine inspections and heat treat methods to ensure your bed bug problem is resolved!